Super Bowl XLIX drew a historic 114.5 million viewers this February, which means that millions and millions of men, women, boys, and girls saw Always’ powerful “Like a Girl” commercial. For those who missed it, the “Like a Girl” ad, and associated #LikeAGirl campaign, highlighted how vulnerable girls become as they enter adolescence and the challenges they face moving forward in maintaining self-confidence and equality with men, particularly in the athletic arena.

When I saw this advertisement, I couldn’t help but think about Ana Guevara, the Mexican track and field athlete who specialized in the 400 meter dash and became a role model for women and girls throughout Latin America and around the world in the late 1990s. During the 2004 summer Olympics in Greece, Mexico City was plastered with signs of Ana. In one of them, a young man smiles and the billboard reads, “Tell me I run like a girl. Thanks Ana.” Another poster depicted a little boy flexing at the camera and the text said: “My hero is a girl. Thanks Ana”

Ana is an awe-inspiring role model and illustration of female athletic prowess, yet there are many other positive, influential examples of what it means to do things “like a girl” that are crucial to the success of families, communities, and nations—particularly in developing countries. Women have specific roles and responsibilities that provide them learned behaviors and knowledge of their local resources and environment. Women make up 43% of the agricultural labor force in developing countries and account for an estimated two-thirds of the world’s 600 million poor livestock keepers. Women and girls collect water for their families and homesteads, globally spending 140 million hours each day to secure clean water used for essential cooking and drinking. Women’s knowledge of non-timber forest products, particularly medicinal plants and alternative food sources, means that a higher percentage of plants have been identified as edible and disease cures. Throughout Africa, Asia, and Latin America, women are poised to lead in small-scale energy entrepreneurship. There are many different ways to act “like a girl” that are indisputably more vital for human well-being than running or throwing a ball.

While these actions that women take on around the world—in addition to their daily household duties—are impressive, only 1% of women agricultural workers own land; women are increasingly at risk of sexual discrimination and violence as they traverse farther distances to collect clean water; women are not regarded as pertinent stakeholders in forestry and medicine/health sectors; and the world’s financing mechanisms do not yet reach their small businesses and ideas. These practices and experiences are what make women increasingly resilient and able to more readily adapt to changing environments, however, they are not given a voice, they do not sit at the decision-making tables, and their knowledge is not valued. Gender equality and women’s empowerment are prerequisites for sustainable development and a just world, yet to act “like a girl” often is a dangerous and limiting label. For example, 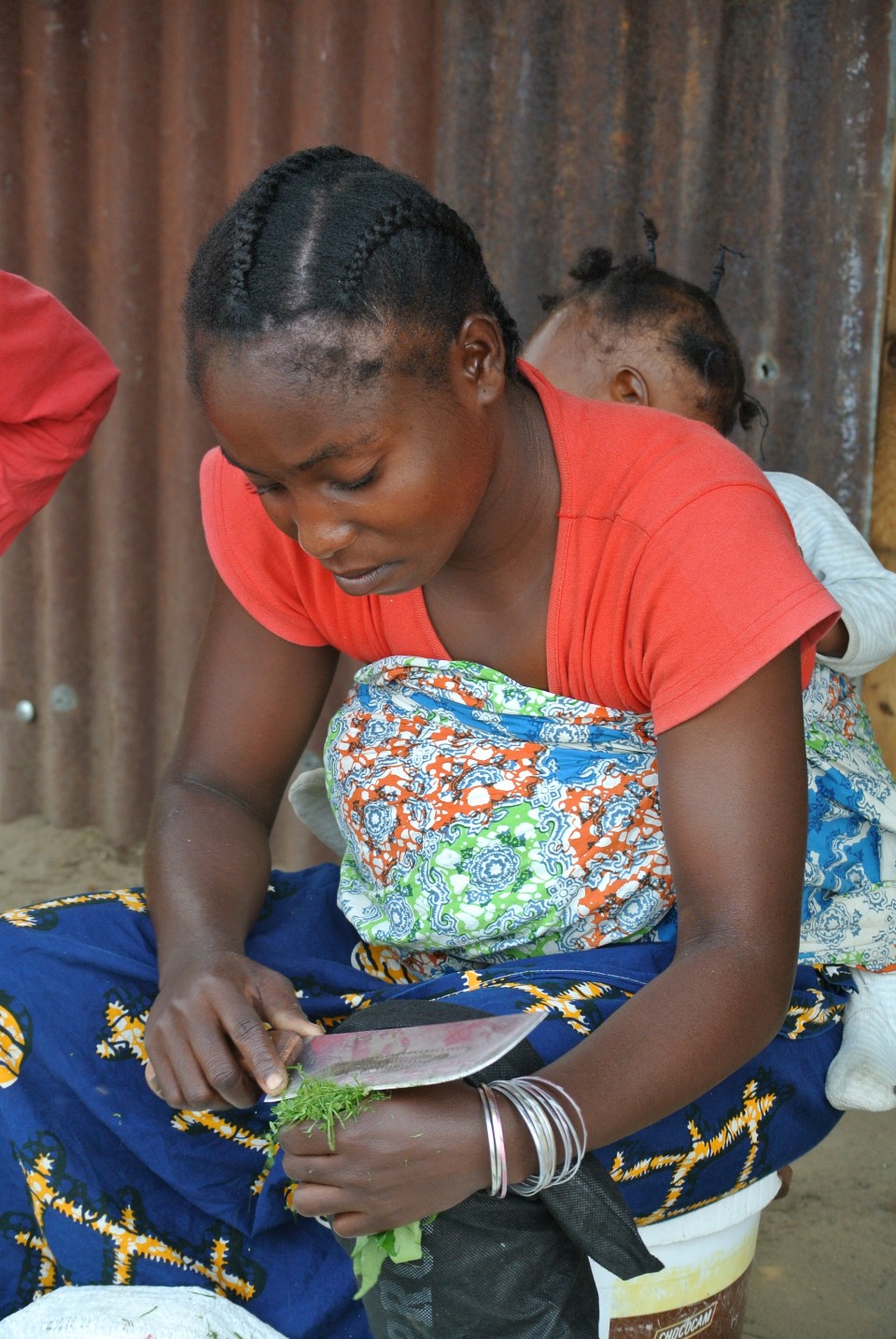 Woman working in the Congo

At GGO, we are working to address these staggering gender gap statistics by helping to secure global agreements that lay out concrete areas of action to achieve gender equality, women’s empowerment and sustainable development. Compiling data on country performance, like what we have been doing with the Environment and Gender Index (EGI), may provide incentive for governments to take action and improve national data collection and reporting.

The “Like a Girl” advertisement that aired on Super Bowl Sunday was inspiring. And so are the many women and girls across the globe who overcome seemingly insurmountable odds on a daily basis. Let us not forget what it means to act “like a girl” – not just athletically, but in terms of human prosperity and a more just world.