TWO-YEAR PROGRAMME ON GENDER UNDER THE UNFCCC

TWO-YEAR PROGRAMME ON GENDER UNDER THE UNFCCC

The United Nations Framework Convention on Climate Change (UNFCCC) 20th Conference of the Parties (COP20) in December 2014 in Lima provided the world with an important milestone to advance the issue of gender equality in relation to addressing climate change.

The decision, the Lima Work Programme on Gender (LWPG), in its articles 17 and 18, requests the UNFCCC Executive Secretary to develop and ensure the implementation of an action plan for the two-year Plan of Action on gender and climate change and invites Parties and relevant organizations to provide the means for implementing gender-related activities within the two-year Work Programme.

From IUCN’s perspective, the LWPG contains many of the elements that we as a UNION have been supporting over the past eight years. It is, for us, a moment to celebrate the achievements, but also it gives us the opportunity to define concrete steps for implementation. As a woman from the South, I believe this provides hope—and helps us to value the investment we have made by participating and advocating for gender equality within UNFCCC negotiations. 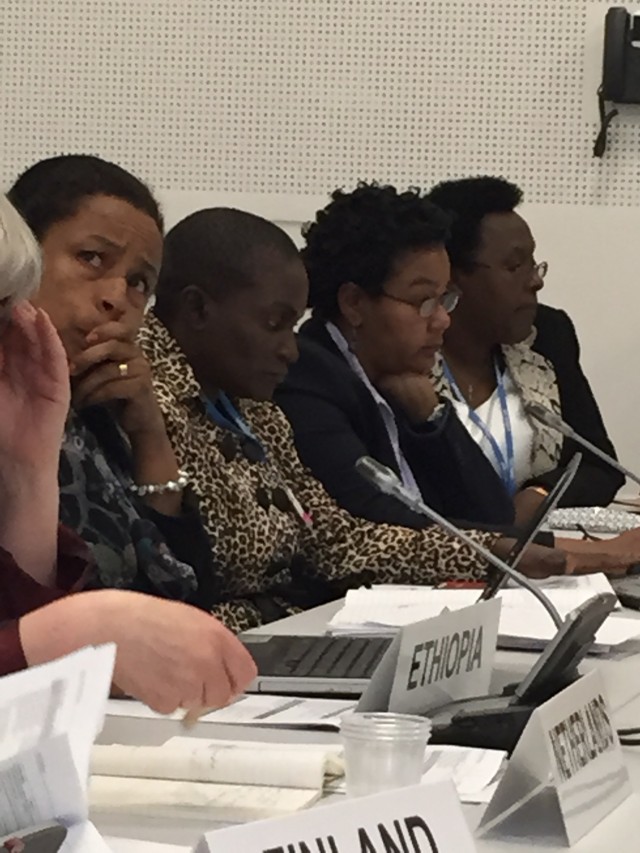 On Tuesday, June 2, the UNFCCC Secretariat convened a session to provide feedback from Parties on a Draft Compilation of existing decisions, subsidiary body reports, and adopted conclusions related to gender and climate change.

The purpose of this Draft Compilation was to identify areas of progress, potential gaps, and areas that require further support for implementation. Additionally, it could provide a starting point for discussions on the development of an action plan and implementation of the two-year Plan of Action—including identifying opportunities among stakeholders for collaboration.

As IUCN, we have provided inputs on areas for possible collaboration toward the effective implementation of UNFCCC gender mandates. These are meant to guide and reinforce implementation of the two-year Plan of Action to advance gender equality and achieve gender-responsive climate policy in all relevant activities under the Convention and its Kyoto Protocol.

At the feedback session, Parties welcomed the effort of the Secretariat to develop the Draft Compilation and provided comments and recommendations for moving forward. Parties encouraged one another and other organizations and constituencies to the Convention to review the document and provide input to improve transparency and engagement with various stakeholders. Clarification was also requested on how the decisions and mandates can be monitored and evaluated through progress and completion. There was a concern voiced for a need to include more Parties, or Party representatives, which are not gender-focused to enhance the recognition of the various mandates and increase knowledge on gender equality within the climate change framework.

This is of particular importance, as another of the initial activities under the LWPG gets underway next week during the UNFCCC negotiations with an in-session workshop on gender-responsive climate policy, focusing on mitigation action and technology development and transfer. Over two days, the workshop will combine expert and case study presentations, and panel discussions, along with interactive discussions with Parties and observers on the thematic areas. At the workshop, IUCN’s Global Gender Office will present on its national level gender and climate change policies and strategies developed thus far, highlighting the work done in partnership with USAID under the Gender Equality in Climate Change Opportunities (GECCO)*—specifically Climate Change Gender Action Plans and new work on renewable energy and Low-Emission Development Strategies (LEDS).

The LWPG has given a mandate, but it is imperative that we seize the opportunity for continuing to build enabling elements for an effective, efficient and equitable gender-responsive climate change framework. The feedback session and in-session workshop are only two steps of many to move words into action and international policy towards on-the-ground national strategies, which will ensure women and men are equally considered, included, and empowered within climate change policy, planning, and implementation.