There is no justice in climate change

There is no justice in climate change

Today is the Global Women’s Climate Justice Day of Action—a day for women and our allies to mobilize around the world, to show resistance to false solutions to the climate crisis, and to demonstrate the many viable options that are just and equitable and that honor frontline communities. This is a crucial opportunity to spotlight that striving for gender equality is not only the right thing to do, but it is the smart thing to do in relation to climate change.

However, there is no justice when it comes to climate change.

The damaging effects of a changing climate do not discriminate. When floods wash away homes, when droughts ravage crops, when disease spreads like wildfire through rural villages and communities, nature doesn’t pick and chose its victims. We do. 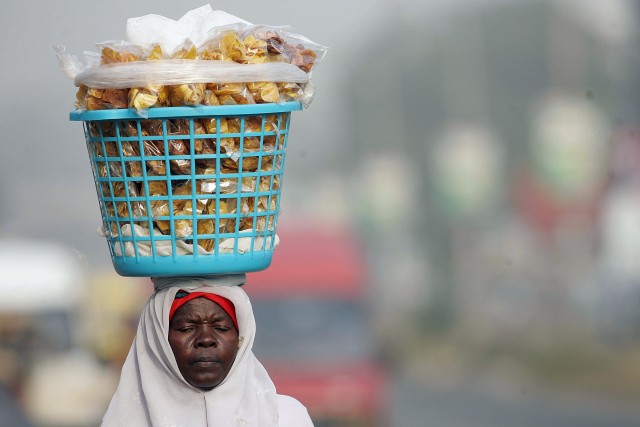 Men and women are not equally impacted by climate change. This is not because women are weak or often less physically strong than men—their vulnerability is the product of interrelated socio-cultural processes that creates inequalities. For example, around the world women suffer from pervasive structures that limit their ability to own land, borrow and invest money, or start a business. According to a recent study performed by the World Bank, 155 out of 173 economies have at least one legal difference between men and women that may significantly reduce the economic opportunities of women.[i] As the need for climate change mitigation and adaptation actions grows, the distribution of related financing will increase—as will the potential gap in access to and control over resources between men and women under the prevailing systems and mechanisms. Due to existing economic structures, financial resources to aid in the mitigation and adaptation of climate change are not as likely to be available to women as to men, and unequal disbursement of funding will intensify inequity.

Because of their responsibility to get water, food, and energy for cooking and heating, women in developing countries depend on natural resources for both livelihoods and security. The impacts of climate change, including drought, variable rainfall, and deforestation, make it more and more challenging to obtain these resources. Additionally, in comparison with men, women face historical disadvantages, including limited access to decision-making and economic assets that can exacerbate the challenges of climate change. In a recent Environment and Gender Index (EGI) study, for six out of nine environmental decision-making processes, women represent less than one-third of decision makers.

But women are not weak, disabled, or in need of “saving”. They are 50% of the solution, they are household and community leaders and decision makers, they are a wealth of knowledge and expertise for climate change adaptation. For this reason, over the past few years the IUCN Global Gender Office (GGO) has started working with national governments to develop Climate Change Gender Action Plans (ccGAPs) in order to foster comprehensive approaches to climate change that span from the assurance of gender equality in the policy frameworks of technical sectors to the reduction of barriers in institutional practices, and lay the groundwork for innovative activities that are driven by and engage women as entrepreneurs, leaders, and partners in climate change response for more resilient communities and countries. A ccGAP moves beyond framing women as vulnerable victims—but rather recognizes gender equality as a driver for transformational change.

Recently, GGO supported the government of Peru in creating its ccGAP. Peru is on the front lines of climate change due to the fact that its ecosystems are particular vulnerable to climate variability. For example, the country has been combatting changing rainfall patterns that lead to extreme flooding for years. These unsafe circumstances often mean that children can’t go to school, and frequently girls are the ones kept at home, as boys are seen as brave and it is too physically dangerous for girls to get there. To combat this, one of the actions identified in the Peru’s ccGAP develops a certification program that awards the distinction of “climate resilient schools” for schools that incorporate climate resilient learning and safeguards into their infrastructure, planning and curriculum. Some of the criteria for this certification includes: altering schools’ schedules to avoid times of intense weather events; retrofitting school buildings to withstand local climate circumstances; and curriculum that incorporates gender-responsive climate change information, threats and potential solutions and will ultimately train teachers, as well as students, on these issues. 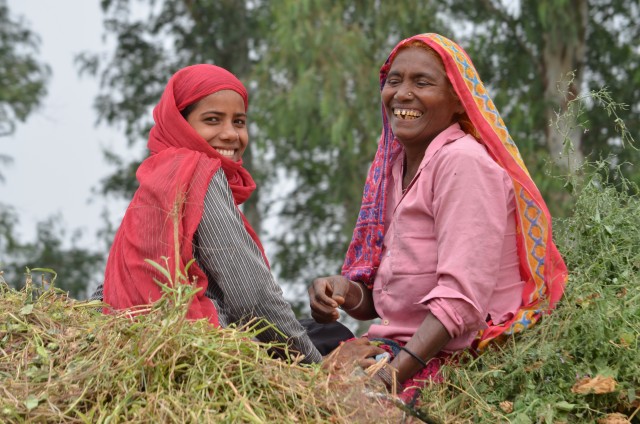 From resilient agriculture practices to recycling programs, Peru offers countless examples of incorporating women into climate change solutions. During the recent ccGAP process, representatives from different indigenous and peasant organizations, along with civil society, trade unions and various government sectors, showed the value of a gender-responsive approach for constructing more just and equitable societies. Ten of the 17 Sustainable Development Goals agreed this month at the United Nations relate in some way to climate change (which itself is the focus of Goal 13), including Goal 5 on gender equality—underscoring that we cannot begin to deal with our rapidly changing climate until we include women equitably and strive for gender parity.

Today, on the Global Women’s Climate Justice Day of Action, let’s unite women around the world to mobilize and show our resistance to environmental and social degradation, just as they have done in Peru. Climate change will continue to pose a severe threat to all of humankind. We must raise our voices for women everywhere—especially those that are most impacted yet often unable to speak for themselves. Failure to acknowledge the gendered impacts of climate change means that women continue to be discriminated against and disproportionately subjected to the negative impacts of a changing climate. And finally, let us remember that climate change does not create injustice, we do—yet we also have the power to put that injustice to an end.