The power of women: combating blizzards, droughts and the changing climate

The power of women: combating blizzards, droughts and the changing climate

In the past seven days, the east coast of the United States was hammered with one of the biggest snowstorms it has ever seen and a breaking report was published stating that 2015 broke records as hottest year in history by about 0.14°C. All around us, extreme weather is intensifying and climate change is finally being recognized as one of the most serious threats of this century—but a clear path to mitigating the challenges of a warming planet remains unseen. This means an uncertain future for those who are least resilient to impacts, have the fewest resources to cope, and have limited protection from ever increasing climate-related threats.

At the Paris climate conference (COP21) in December, 195 countries adopted the first ever universal, legally binding global climate deal that aims to limit global warming to below 2°C. The Paris Agreement also provides a framework to support those in developing countries that stand on the front lines of climate change. This is especially important for the women and girls in every region who are experiencing the most severe impacts of climate change due to the social, economic and political barriers they face to protect themselves, their families, and their communities and to build resilience to the impacts of climate change. The new Agreement does partially reflect the importance of gender equality: the preamble includes gender equality and empowerment of women; adaptation and capacity building articles include that action must be gender-responsive; and implementation of the decision is meant to take into account gender balance. Unfortunately, however, other essential texts—such as gender equity with respect to finance and technology needs assessments—were lost in the last rounds of intense negotiations, meaning that a true paradigm shift towards gender equality, and understanding the intrinsic importance of it in relation to fighting the climate battle, is still needed. Gender must be an integral thread woven throughout all parts of climate change policy, planning and programming.

The President of Chile, Michelle Bachelet, summarized it best, saying:

Climate change isn’t only an environmental issue it is a social problem, perhaps it is the greatest political issue that will bring us together in the next few years. As we aspire to achieve climate justice, we must consider the inclusion of the gender dimension because women are victims, but they can also be a significant part of the solution to the climate issue. [From translation]

It is important to highlight the invaluable contributions, expertise, and perspectives of the women who participated in the United Nations Framework Convention on Climate Change (UNFCCC) negotiations. The countries that had women as heads of delegations, as well as Parties with gender expertise, such as Chile, Mexico, Costa Rica, and the Dominican Republic, took the lead in ensuring that social concerns, gender equality and human rights—were fully addressed in the Paris Framework. It is also fundamental to recognize the role and negotiation skills exhibited by the Executive Secretary of the UNFCCC, Ms. Christiana Figueres, at COP21. Undeniably, she is one of the driving forces behind the gender-responsive elements of the Paris Agreement. 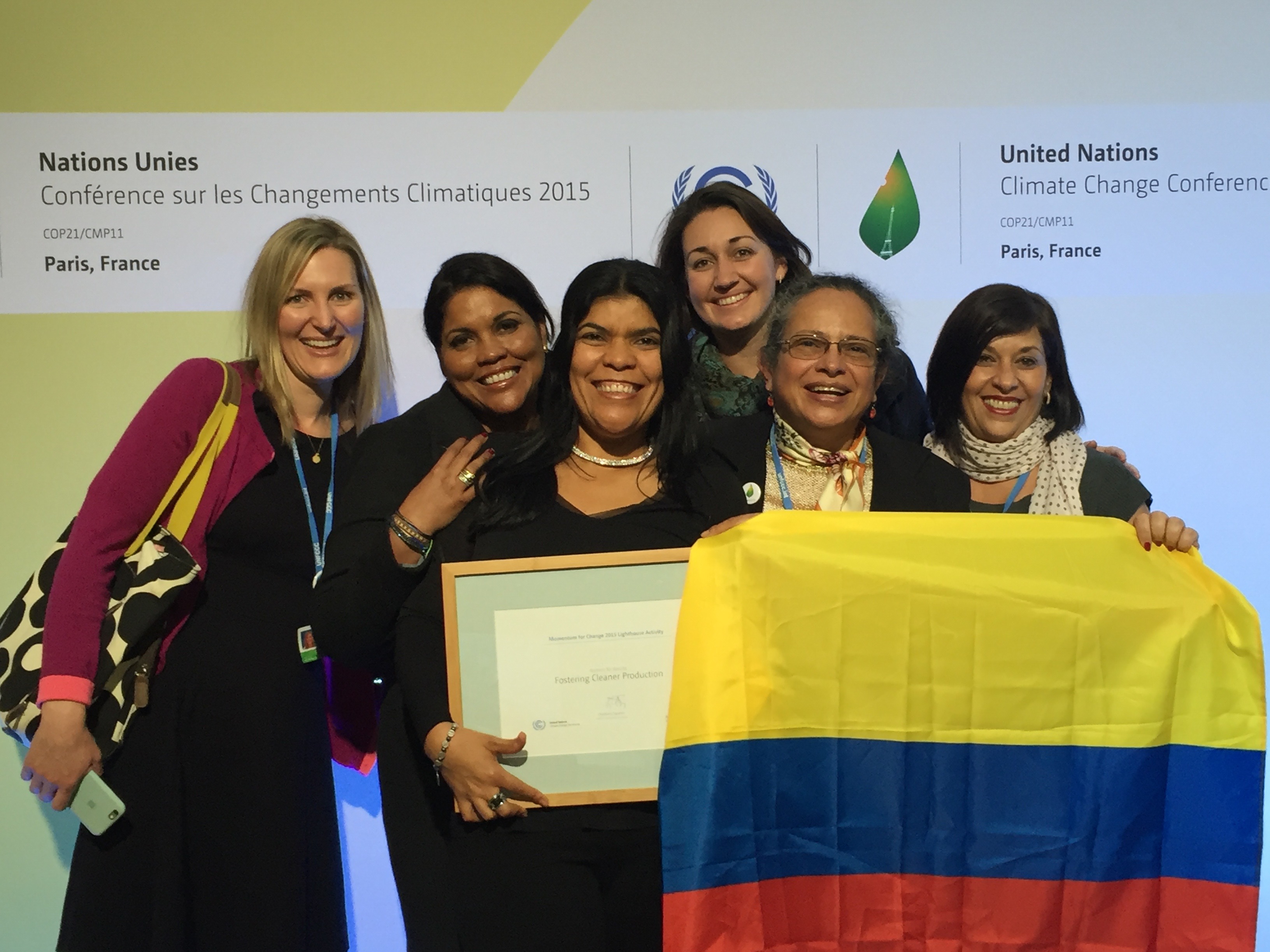 The power of women’s leadership has proven true in other environmental arenas outside of the climate change meetings. For instance, countries with higher female parliamentary representation are more likely to set aside protected land areas, as a study of 25 developed and 65 developing countries reveals; and to ratify international environmental treaties, according to a study of 130 countries. In addition, of the 49 countries that reduced carbon dioxide emissions between 1990 and 2007, 14 had a very high Human Development Index rank, specifically 10 of which with higher than average female parliamentary representation (Human Development Report 2011). Another telling example occured this past Tuesday, when the US Senate reconvened after one of the biggest snowstorms that Washington, D.C. has ever seen and the only people present were women (floor managers, pages, parliamentarians). Speaking about this incident, Alaska Republican Senator Lisa Murkowski reminds us of the power of women in difficult circumstances: “Something is genuinely different, and I think it’s genuinely fabulous. So perhaps it just speaks to the heartiness of women, that you put on your boots and put your hat on and get out, slog through the mess that is out there.”

Inclusive and equitable climate policies and programs can deliver social and economic development co-benefits and will support steps towards sustainable development. Very often initiatives designed without a clear understanding of the realities of people’s lives, including the social and cultural structures that can ignore and sideline women and girls, are unlikely to achieve their intended objectives. For this reason, the International Union for Conservation of Nature’s (IUCN) Global Gender Office (GGO) has created a suite of knowledge products covering a range of issues that provide policymakers and practitioners information, best practices, and tangible strong examples of gender-responsive climate change so that they can incorporate these lessons into their work.

We at the GGO believe that the Paris Agreement stands as a critical turning point for the global community in its recognition of the importance to act on climate change. We are grateful that it does include indications of its growing understanding of the vulnerability of women in many regions of the world and the critical need to integrate women, their empowerment, and gender equality concerns proactively. And ultimately, we look forward to future opportunities to support implementation for gender-responsive climate change policies and projects.