Who owns the Earth: Why the world needs women on Earth Day and beyond

Who owns the Earth: Why the world needs women on Earth Day and beyond

Representing a scientific environmental organization focused on valuing and conserving nature, we are often asked why the International Union for Conservation of Nature (IUCN) has had a Global Gender Office for more than 20 years and why women’s and gender equality concerns are important in the context of conservation. Today is Earth Day, a day designated to herald the importance of environmental protection—and, put quite simply, women and gender equality are an integral part of safeguarding our earth. At IUCN, we recognize that Earth Day is not just about promoting healthy ecosystems, but about making sure the people around the world who most depend on natural resources are considered, too.

There are many reasons why it is important to elevate women’s empowerment and the promotion of gender equality in the environment sector rhetoric, but instead of one or two examples, here are 3.5 billion reasons: women. Women make up half of the world’s 7 billion population. Women are farmers growing our food, the caretakers of our communities; they are also the seed custodians protecting our planet’s biological diversity, the nutritionists managing our diets in the context of changing climates, and—increasingly—the engineers installing our wind turbines and solar panels. Women are innovators, women are solution-finders, women are ready to stand and fight on the frontlines of climate change and sustainability. 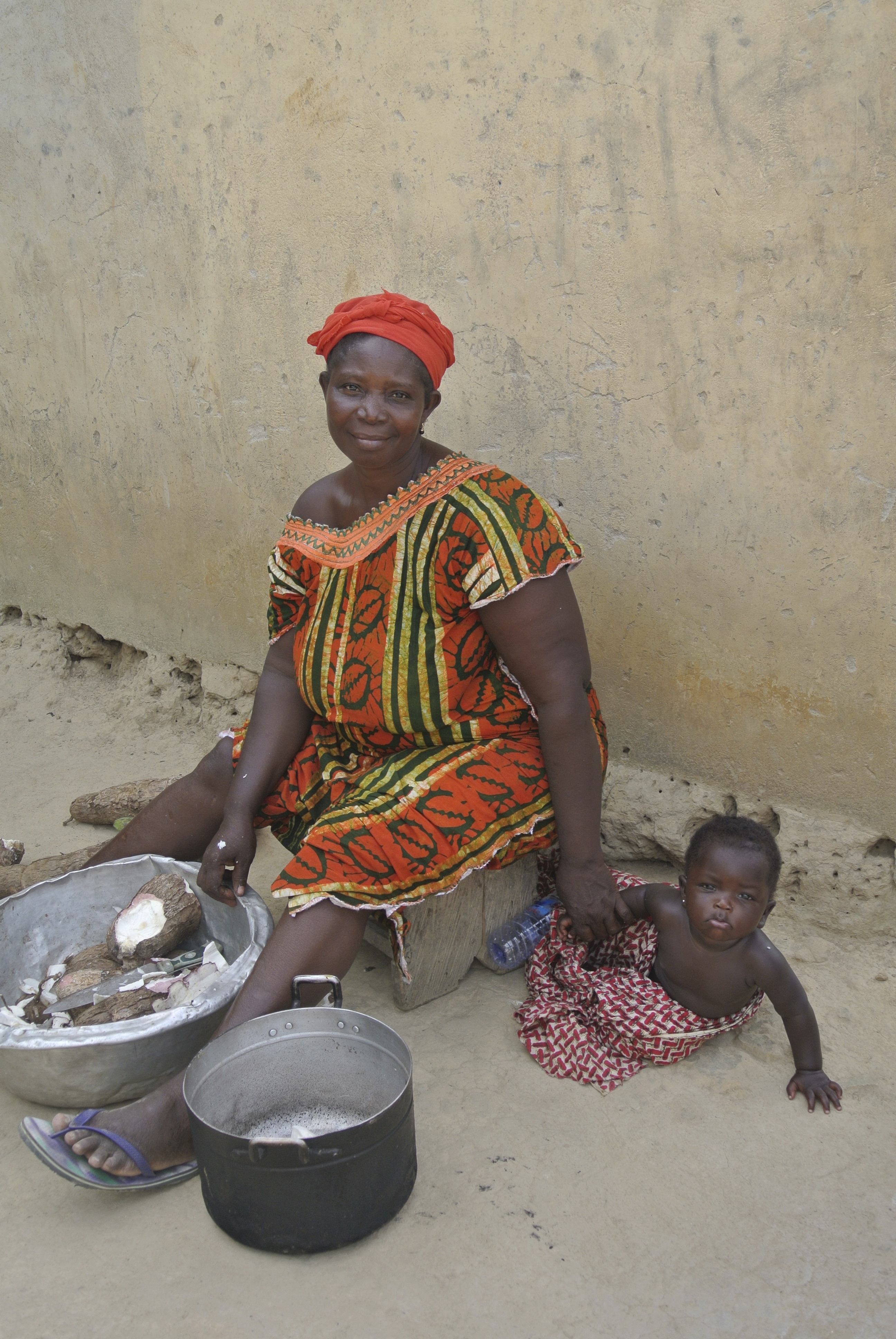 At IUCN, we see the incredible value and power of conducting gender-responsive actions and policies throughout our work in order to give women the agency to not only participate in but lead conservation efforts. We work across the three United Nations (UN) Rio Conventions—on Biodiversity, Climate Change and Desertification—to cohesively unite gender equality efforts across sectors and issues in order to deliver progress toward achieving each Convention’s goals and, ultimately, to contribute to sustainable development and a more just future.

Today, on Earth Day, we have to ask: who owns the Earth? Who is making the decisions that are fundamental to the health of our planet? The answer is not necessarily women. Globally, more men own land than women. The laws or customary practices of 102 countries still deny women the same rights to access land as men. Women are underrepresented in the vast majority of environmental decision making positions and arenas. Women can and do make powerful contributions to the environment—specifically in regards to environmental protection—but time and time again we see that they are limited by political, cultural, and economic systems that ignore their role, resulting in many unheard voices and lost opportunities.

From forestry to biodiversity, our body of work brings women to the table and recognizes their incredible potential. For example, we have recently been working with the Secretariat of the Convention on Biological Diversity (CBD) to build capacity of developing country Parties to integrate gender into their biodiversity policy, planning and programming. These are critical issues for many women, as biodiversity is the foundation of their livelihoods, their cultural beliefs and even their basic survival. In Mexico, we recently joined with over 65 women and men to share experiences and provide input into the development of a gender-responsive National Biodiversity Strategy and Action Plan (NBSAP). Mexico is the first country—with Brazil and Uganda next in line—to take part in building capacity to integrate gender into their biodiversity policy, planning and programming—ensuring both women and men will be equally taken into account in biodiversity conservation efforts and the full and effective contributions of women will be encouraged.

In Cameroon, Ghana and Uganda, we have developed and been working to implement roadmaps that identify context-specific gender and REDD+ (Reducing Emissions from Deforestation and Forest Degradation) concerns, stakeholders and concrete actions to integrate and enhance gender in REDD+ processes and initiatives. Each country is in a different stage of implementation, but the results thus far have been incredible, with women’s representation augmented at the national level in stakeholder meetings and gender-responsive recommendations being provided to REDD+ processes and planning. For example in Cameroon, thanks in large part to the Gender and REDD+ Roadmap, as well as the support from the REDD+ civil society platform, both women and men have become engaged at all levels of the REDD+ decision-making process—with women now holding 30-40 percent of decision-making positions at most levels—as well as reforming national land tenure laws through the lens of gender and REDD+.

Lately, it seems, we’ve been plagued with disheartening stories and images about the state of nature and our earth—the climate is changing, sea levels are rising, droughts and floods are occurring not only more frequently, but also more intensely. Countries, especially developing countries that are at the forefront of climate change, have been grappling with how to address these issues and reverse adverse trends. But these efforts cannot occur in a vacuum—every country and every person working to address climate change needs support. 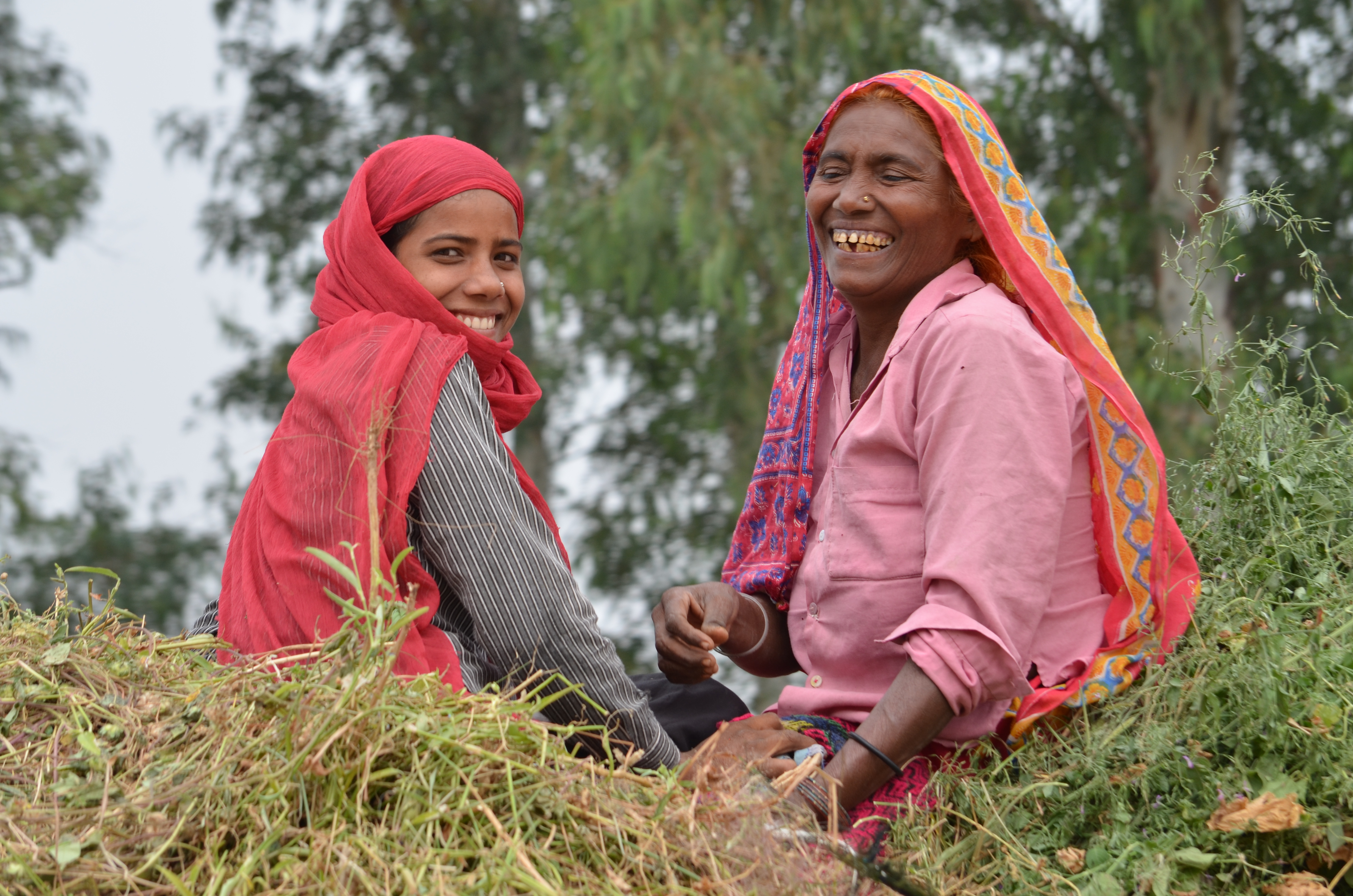 The Kingdom of Jordan has demonstrated leadership in this arena and foresight for including gender in climate change action, as the country has recognized the potential of women in combatting climate change and has taken steps to lay the foundation for a sustainable future that strives for gender equality. Beginning in 2010, Jordan requested IUCN assist them in drafting gender sensitive programming to mainstream gender in their climate change strategies. The first plan of its kind in the Arab region, Jordan’s Climate Change Gender Action Plan (ccGAP) aimed “to ensure that national climate change efforts mainstream gender considerations so that women and men can have access to, participate in, contribute to and hence optimally benefit from climate change initiatives, programs, policies and funds.” Since then, Jordan became the first country in the Middle East to develop a comprehensive climate change policy, called the National Climate Change Policy (NCCP), that specifically mentioned adopting the actions specified in the ccGAP, and also included gender equality as a primary consideration in the Third National Commitment (TNC) to the United Nations Framework Convention on Climate Change (UNFCCC) in 2014. These plans, among other gender-sensitive policies adopted, have been highly influential in Jordan’s climate change policies and have helped develop and drive forward the national conversation on gender and climate change.

Today, Earth Day 2016, is a particularly historic moment in time, as countries come together in New York to sign the Paris Agreement, a remarkable agreement to combat climate change and commit to actions and investment that lead us towards a low-carbon, resilient and sustainable future. The Paris Agreement is noteworthy, too, in its attention to gender concerns: building on more than 50 decisions that integrate gender considerations, which have been agreed in recent years, the Paris Agreement respects and promotes gender equality and calls for gender-responsive adaptation and capacity building, in particular.

We are all in this together. Women and men, boys and girls, young and old, rich and poor—we can’t solve the climate crisis and restore our planet without everyone’s voice being heard. Women’s land rights are a critically important factor in this equation, as we know that they are correlated with increased empowerment, distribution of benefits and better outcomes for not just women, but whole families. When we embrace the principles of gender equality in the environment sector we make strides toward a healthier, more peaceful, equitable, sustainable world. Let us keep that in mind not just on Earth Day, but every day.