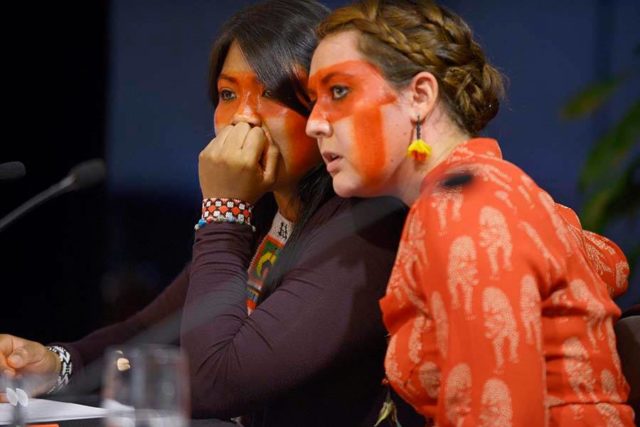 Today, as we celebrate World Environment Day there is a group without equal in deserving recognition: environmental defenders. Little is known about them, even fewer know that many of these environmental defenders, especially in Latin America, are courageous women – of which many have given their lives to protect the environment. Lesbia, Juventina, Berta, Manuela, Fabiola, Rocío, María, Margarita, Alma, Petrona, Marilyn, Máxima, Lolita, Marisela, Lottie, Sonia, Gladys … These are just but a few of many names, with so many more fighting from anonymity for human rights.

According to Global Witness, 2016 was the year with the most recorded deaths among environmental defenders, with at least 200 killed: 40% were indigenous and 60% of these murders occurred in Latin America. In addition, according to the registry of the Mesoamerican Initiative of Human Rights Defenders for the period from 2012 to 2014, 525 attacks against women defenders were documented (31% out of a total of 1,688). A report by the Inter-American Commission on Human Rights (IACHR) summarised the different forms of violence adopted when it is directed against women defenders, highlighting that women are a “group of defenders especially exposed to systematic intimidation, persecution, kidnapping, torture and sexual abuse.”

Today we celebrate the activists who persist in their defense of the resources that guarantee the future of all. However, just remembering them would be an insult to their legacy. Instead, there are a series of actions that must be taken. These include, for example, protecting environmental defenders from violence as there is no better way than to give more strength to their movement than to support them in their struggle. Governments, especially ministries, together with the human rights community, the private sector and non-state actors must offer and obtain stronger protection measures to provide a safe environment for their work. The environmental movement must assume a more proactive role to face these challenges. Together, strong commitment towards human rights and the adoption of policies to fight against impunity will help create an environment in which defenders can pursue their causes peacefully.

Today, June 5th, as we mark World Environment Day, the best tribute to the memory of the environmental defenders we lost is to continue fighting for a development model that respects and values our environment.