Two out of three people living in sub-Saharan Africa (SSA) lack access to electricity and reliable energy sources. Ensuring universal access to sustainable forms of energy is a key global development goal and is essential to improving the lives and livelihoods of women and men on the continent. A 2017 International Union for Conservation of Nature (IUCN) analysis of 192 energy frameworksfound that sub-Saharan Africa is the world’s regional leader in acknowledging gender considerations in national energy frameworks. To continue to understand the extent to which gender considerations are being integrated in national energy frameworks across SSA, IUCN, in coordination with Power Africa, conducted an assessment of 45 energy frameworks from 29 different SSA countries.

See here for the full report! 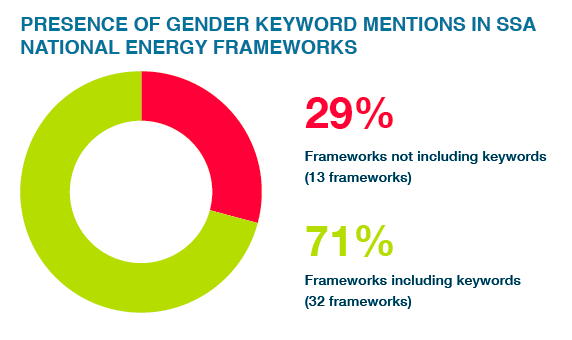 The Basel, Rotterdam and Stockholm Conventions cooperate in the protection of human health and the environment from the negative effects of hazardous pollutants. This EGI factsheet explores how women are represented as delegates to the Conferences of the Parties (COPs), members and observers of Conventions’ Subsidiary Bodies, and national focal points. It also investigates how gender equality considerations are included in Parties’ reporting mechanisms to the BRS Conventions, including initial National Implementation Plans (NIPs) to the Stockholm Convention and the most recent National Reports to the Basel and Stockholm Conventions. The study also explores how gender considerations are included in the Rotterdam Prior Informed Consent (PIC) Circular. 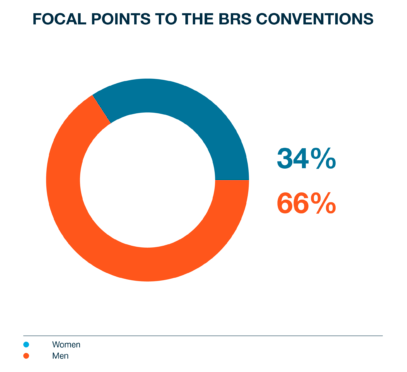 IUCN, in collaboration with ENERGIA and with support from USAID, is pleased to launch an Environment and Gender Information (EGI) platform analysis exploring if and how gender considerations are addressed in national energy policies, plans and strategies, worldwide. This EGI report offers insight into the ways in which governments are recognizing gender considerations in the context of their energy policymaking and planning and trends with respect to key cross-cutting gender issues and regional comparisons. 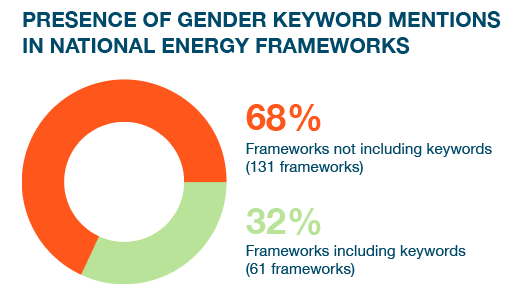 National reports presented by Parties to the Convention on Biological Diversity (CBD) provide information on measures taken for the implementation of the Convention and the effectiveness of these measures. This EGI analysis and factsheet explores how women and gender equality considerations are included and addressed in the fifth national reports from 173 countries. 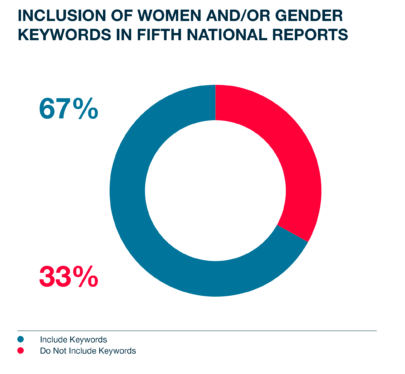 National Biodiversity Strategies and Action Plans (NBSAPs) are the principal mechanisms through which governments and their stakeholders implement the goals of the Convention on Biological Diversity (CBD) at country level. This EGI analysis and factsheet, summarizing select key findings of the full report on this topic, explores how women and gender equality considerations are included and addressed in 254 NBSAPs from 174 countries over 23 years of implementation (1993 through May 2016). 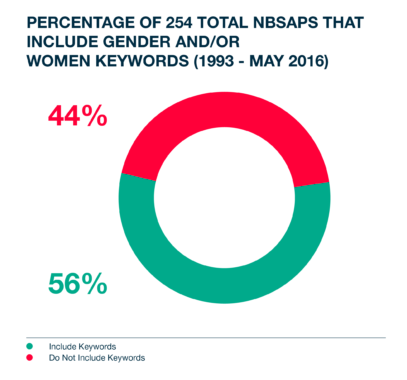 Gender and Environment Statistics: Unlocking information for action and measuring the SDGs

Report: Women’s participation and gender considerations in country representation, planning and reporting to the BRS Conventions

Gender and Protected Areas: Exploring National Reporting to the Ramsar Convention and the World Heritage Convention

Women in Environmental Decision Making: Case Studies in Ecuador, Liberia and The Philippines

Women in Environmental Decision Making in the Philippines

The Environment and Gender Index 2013 Pilot

Results of the Environment and Gender Index (EGI)