In Fiji, Reama Naco and Ulai Baya have been instrumental in the development of the first-ever government-supported Feedback, Grievance, and Redress Mechanism addressing gender-based risks (FGRM+) within a national Reducing Emissions from Deforestation and Forest Degradation (REDD+) program.
In 2016, Reama joined Fiji’s REDD+ program as a communications, knowledge management, and safeguards manager. In 2019, the United States Agency for International Development (USAID) awarded funds under its global grant challenge on Resilient, Inclusive, and Sustainable Environments (RISE) to Marstel Day, WI-HER, and partners to support the integration of gender-based risks (GBR) and gender-based violence (GBV) within Fiji’s initial Feedback, Grievance, and Redress Mechanism (FGRM) for REDD+. Designed to support programs in addressing GBV and environment linkages, the RISE Challenge presented Fiji’s REDD+ process with an opportunity to collect community insights and further understand and explore how national environment programs can offer gender-sensitive and -responsive supportive pathways.
As an indigenous iTaukei woman, Reama shared: “I play a role in raising awareness of the grievance process available to the communities and then help them understand about the protections for GBR and GBV – I personally have the responsibility to make sure that there are processes in place and tools to help move the process forward and maintain the trust between the mechanism and the communities they serve.”

Reama Naco presenting on the work of REDD+ in Fiji. Credit Reama Naco

Reama’s colleague, Ulai Baya, is also committed to realizing progress. He shared, “I realized that we have a general recognition of land rights and communities’ rights to their land’s resources – but we have not done much in implementing the protection of those rights.” An indigenous iTaukei man, Ulai is a lawyer who served as the land rights expert that developed the initial FGRM. The FGRM was developed to reflect both Indigenous Peoples’ cultural understandings and practices and Western land laws and Ulai collaborated in its update, welcoming the opportunity to pay closer attention to women’s concerns and identifying spaces and pathways within internal customary processes to address them:

“Instruments like the FGRM+ gives [us] a chance for us to look intentionally at communities’ interests and women’s concerns – and to be accommodating to our internal customary processes.”

In Fiji data suggests that 64%1 of women have experienced physical or sexual violence (double the global average), with a higher prevalence in intimate partner violence (IPV) in rural areas, including among affected iTaukei women.

Reama and Ulai recognized that while they knew GBV was an important issue, they were not initially aware of how it related to conservation or REDD+. The process of learning about GBV and GBR in relation to REDD+ created a space for mutual learning, but also consensus building.

“Now I see environmental conservation as one of the avenues we can leverage to respond or react or mitigate gender-based violence. It was something new for me, but it has made me realize that if we can help this problem [of] GBV in Fiji through this sector, then we should.”

This project has been eye-opening and a gratifying learning process for both, who have been able to strengthen their capacity to mainstream gender considerations, including GBV prevention and response, within environmental and land rights programming. As Ulai explained:

“Through WI-HER and the project research and orientation activities – the importance of considering GBV and its relationship to these types of programs came to light – and the conversation became important and more widely understood. It became recognized”

Indeed, what is recognized becomes what is acted upon. Though GBV is a sensitive topic to speak about in local communities, Fijian organizations such as the Women’s Crisis Center are already helping communities to make it easier for women to make these reports. Reama was hopeful that through the WI-HER and Marstel Day project, “we may be able to contribute an avenue to make it safer for women to report on this type of risk.”

Engaging the government and local communities towards gender safety

As part of the project, Ulai and Reama were engaged in multi-stakeholder meetings with government representatives, civil society, statutory bodies, faith-based organisations, private sector, and local leaders and communities. For many, it was the first time often-marginalized populations were included in deliberations and decision-making. Ulai shares that it was “with consensus and collaboration,” that stakeholders helped update the FGRM to include GBR and GBV considerations “harmoniously”.

Reama worked tirelessly to ensure successful engagement with local communities throughout the process. She explains that though it took time to bring in government participation and support for the integration of GBV considerations into the FGRM, today, government figures and male village leaders alike recognize the threat of GBV and are more open to dialogues. Ulai added that, “the government’s involvement in this activity gave a very strong message and advanced the manifestation of the constitutional intentions” – referring to the constitutional guarantee of equal rights in Fiji.

Reama with local leaders at a workshop during the update of the Feedback, Grievance, and Redress Mechanism. Credit: Reama Naco

As Ulai and Reama have demonstrated, addressing GBV within conservation is possible and it all starts by realizing that even if individuals are not GBV or gender experts, they have the power to decide to take action and build collaborations.

As part of her work, Reama is now raising awareness of local communities about the grievance process available to them and the provisions for GBR and GBV prevention and response within the mechanism.

“Working with the Government, the Provincial Council Offices and the village coordinators has been important in opening up and normalising sensitive topics like GBV… making village leaders more accepting of the recognition of GBV, and they are in leadership positions and influence the communities. In some, there is also talk about appointing a focal point where women can bring grievances to light in a safe space.”

Reama is already looking ahead to continue addressing these linkages and has identified some needs and next steps to support these local communities in the creation of safe spaces to recognize and discuss GBV and to report it.

Meanwhile, Ulai continues supporting local communities’ negotiations of land-based projects, including as a pro-bono independent advisor, to secure agreements that benefit everyone. His message to other land and conservation practitioners is that:

“GBV is a real issue in environmental conservation activities…the existence of environmental rights should be taken into account hand in hand with GBV.” 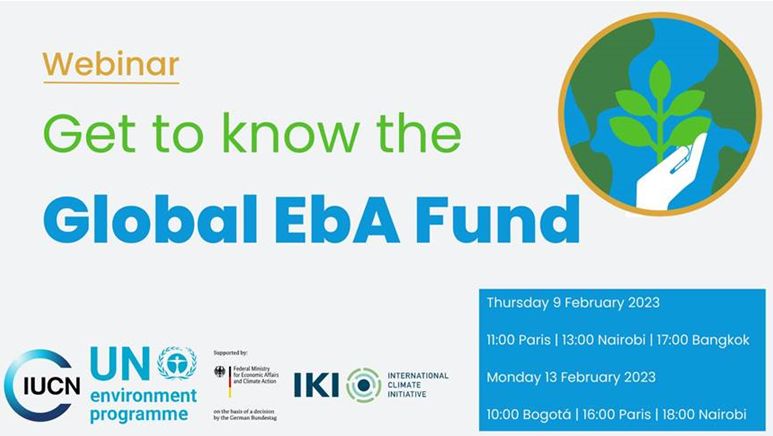 RT @socialclimateeu: Could #empowering #women in the workplace be the simplest way to boost the #globaleconomy? Host Reena Ninan talks to w…