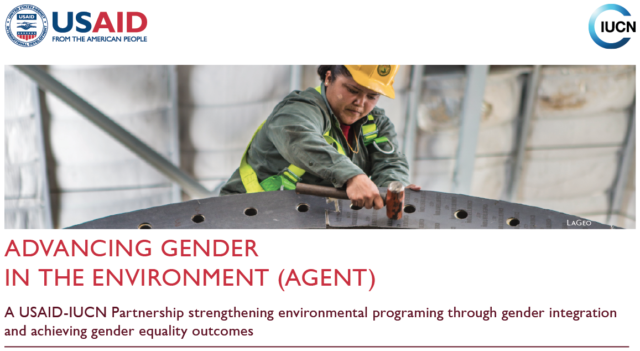 The International Union for Conservation of Nature Global Gender Office (IUCN GGO), in collaboration with ENERGIA and with support from USAID, launched an Environment and Gender Information (EGI) platform analysis exploring if and how gender considerations are addressed in national energy. Energizing Equality: The importance of integrating gender equality principles in national energy policies and frameworks has spurred international attention as its findings showcase the advances made in the energy sector towards addressing gender equality and the upcoming challenges for achieving a fully equitable sector. This webinar covers the main findings of Energizing Equality, present methodologies for mainstreaming gender into the energy sector, and allow panelists to reflect on the progress made so far. The webinar also showcases experiences from Kenya, a country that is among the front-runners and champions for addressing gender considerations in their energy policies and sectoral approaches.

The webinar is moderated by Cate Owren, International Union for Conservation of Nature, Global Gender Office (IUCN GGO), and includes presentations from the following speakers:

A note on the video recording – Due to technical difficulties, the introduction to the webinar is not included in this recording: