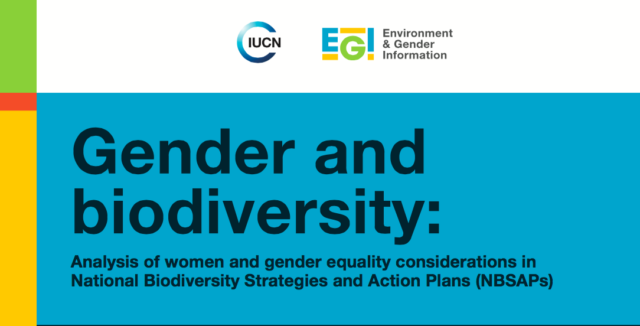 To view the factsheet associated with this full report, see Factsheet: Inclusion and characterization of women and gender equality considerations in NBSAPs.